Britain sends another warship to Gulf 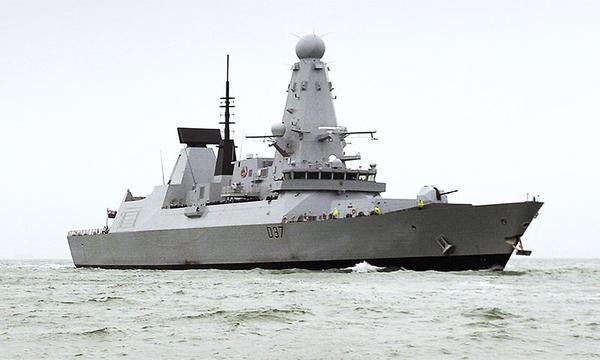 A third British warship is heading to the Gulf, the Royal Navy announced on Saturday, amid heightened tensions in the region.

Britain has already sent the HMS Kent to cover for frigate HMS Montrose while it undergoes maintenance in nearby Bahrain, and is now redirecting the Type 45 destroyer HMS Defender from its mission to the Pacific.“Wherever the red ensign flies around the world, the UK stands by to protect freedom of navigation whenever is it tested,” said Defence Secretary Ben Wallace.

Britain outraged Iran by seizing one of its tankers — the Grace 1 — on July 4 on suspicion it was carrying oil to Syria in violation of EU sanctions.

The HMS Montrose then warned off three Iranian gunboats that UK officials said were trying to “impede” the progress of a British supertanker through the Strait of Hormuz in the Gulf on July 11.

Iranian Revolutionary Guards stormed and detained the UK-flagged Stena Impero and its 23 crew as they sailed through the Strait of Hormuz on July 20.

The British government subsequently raised the alert level for ships travelling through Iranian waters to three on a three-point scale, indicating a “critical” threat.

Tensions have been escalating in the region, with United States President Donald Trump in June calling off at the last minute an air strike on Iran over its downing of a US spy drone.

The HMS Defender sailed from Portsmouth on August 12, alongside HMS Kent, which was also heading to the Gulf to replace the HMS Duncan.