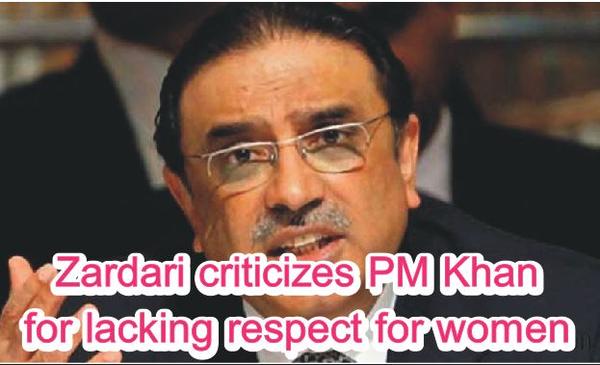 The Pakistan Peoples Party (PPP) co-chairman maintained that all those who have women at their homes must take notice of this unjust act.A journalist asked Asif Ali Zardari regarding the rumors of PPP Chairman Bilawal Bhutto Zardari’s arrest. The former president replied that Bilawal Bhutto is a ‘man’ and is not afraid of being barred.

It is worth mentioning here that the National Accountability Bureau (NAB) had on Thursday arrested Maryam Nawaz for skipping appearance in Chaudhry Sugar Mills and money laundering cases. Maryam Nawaz was taken into custody when she arrived at the Kot Lakhpat Jail to meet her father and former prime minister Nawaz Sharif.