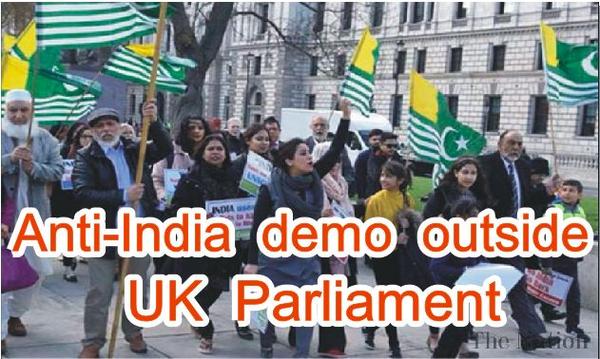 LONDON - The British Pakistani and Kashmiri community held a massive demonstration outside British Parliament London, on Wednesday, highlighting the sufferings of their Kashmiris brothers and sisters in Indian Occupied Kashmir and called for freedom of their land from the Indian occupation. The rally was attended by Pakistani diaspora belonging to all walks of life including men, women and children in large number. The participants raised anti-India, anti-Modi and pro-freedom slogans. They were carrying Pakistani and Azad Kashmir flags and chanted slogans “Kashmiris want freedom from India”, stop the massive violation of human rights in Indian Occupied Kashmir, Freedom is our right, India free Kashmir and Kashmiris need world attention and Pakistan Zindabad”. They on the occasion also reiterated their commitment to continue their freedom struggle against India till the realisation of their birth right to self-determination and complete freedom of Kashmir from Indian yoke. It may be mentioned here that British Pakistani and Kashmiri diaspora and British-Sikh community have also planned a massive anti-India rally on August 15 in front of Indian House London to observe India’s Independence Day as “Black Day” in UK.