About 500,000 hectares controlled during anti-locust operations 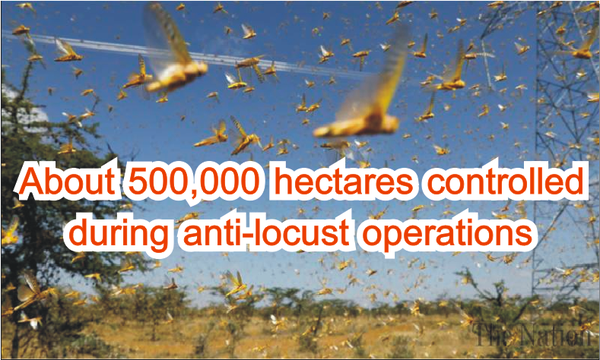 The joint teams formed to control and mitigate the locust attack had conducted survey and control operation across the affected areas of the country and about 500,000 hectares have been controlled from locusts.

According the details released by the National Locust Control Center (NLCC), joint teams of the Ministry of National Food Security, Department of Agriculture and Pakistan Army are conducting a comprehensive survey and control operation against locusts in different districts of the country.