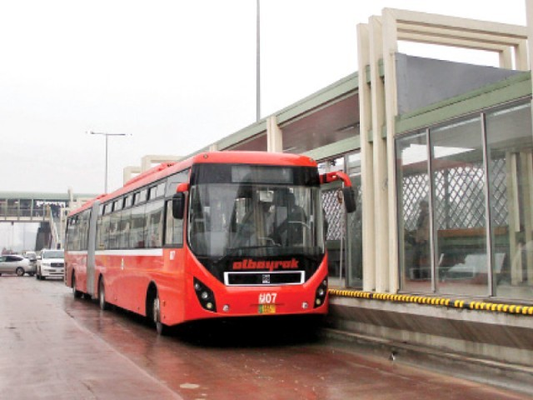 RAWALPINDI: An audit into the metro bus between the twin cities of Rawalpindi and Islamabad has failed to find any irregularity in the process of developing the project.

The PAC and the SDAC, however, has thus far inspected the more technical audit papers and has yet to review and scrutinize audit papers which are financial including statements, rates assessment, the establishment of stations, land acquisition costs and other financial processes.

The official, who did not wish to be named because he was not authorised to speak to the media, disclosed that the audit was conducted by a team led by the Punjab Works director-general. It prepared some 438 audit paras.

The foundation stone for the 23-kilometre project had been laid by deposed prime minister Nawaz Sharif in March 2014 to serve residents of the twin cities of Rawalpindi and Islamabad — most of the residents of the former work in the latter and have to commute to work daily.

The federal and the Punjab government worked in unison and managed to complete the project in just 14 months and the bus service was operational by June 2015. The service would have started sooner but work on it had been disrupted in Islamabad owing to a four-month-long sit-in in the federal capital.

The metro bus route starts from Saddar in Rawalpindi and culminates at the Pak Secretariat in Islamabad with 24 metro stations lining the route. There is a metro bus depot workshop in Islamabad and a Metro Command and Control Centre located in Rawalpindi.

The project was initially supposed to have cost an estimated Rs44.8 billion to complete, however, the Executive Committee of the National Economic Council (ECNEC) revised the cost of project downwards by Rs285.4 million to Rs44.56 billion.

Jahanzaib disclosed this while briefing the media upon his visit to the Regional Transport Office in Rawalpindi on Sunday.

The provincial minister assured that the government is committed to providing the best possible transport service to the public. In this regard, he said that the Metro Bus Service Authority (MBSA) has been directed to resolve public complaints within 15 days including repair of elevators.

“No doubt, the metro bus is helping mitigate the sufferings of commuters,” the minister conceded, terming the project one aimed at public welfare.

He also directed officials to ensure arrangements are made for the provision of clean drinking water and proper space for commuters to sit while waiting for buses at the stations. The Rawalpindi waste and cleanliness contractor Albayrak were directed to ensure that the stations remain clean.

Asked about the recent decision of the government to hike fares, he explained that the government is paying a subsidy of Rs12 billion every year to operate the metro bus service. He added that they had decided to the hike fares after surveying passengers and other stakeholders adding that the hikes were inevitable owing to rising prices of fuel.

He further said that even regular transporters were complaining about low fares amidst the fuel price hike. The minister assured that the government was working on it.

However, he used the opportunity to warn all those transporters who had either set up or were operating from illegal bus stands in the garrison city. He warned that all such bus stands will be demolished.

As an incentive to these transporters to shift to regular bus stands, he promised to upgrade them from class C to class to B. Moreover, a facilitation centre will be set up in the city for transporters.

Jahanzaib further announced that the provincial government may soon launch a new bus service which will connect some 20 districts across the province.