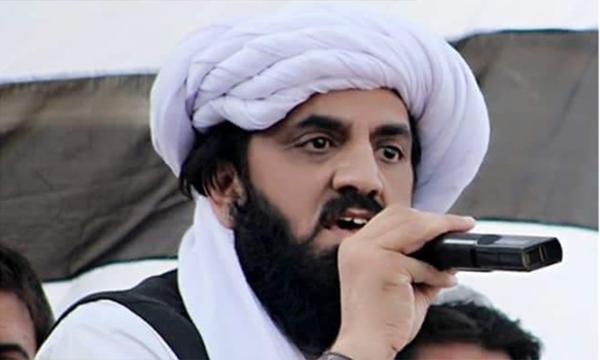 The Pakistan Electronic Media Regulatory Authority (Pemra) on Saturday directed all TV channels in the country to refrain from inviting Hafiz Hamdullah of the Jamiat Ulema-i-Islam-Fazl (JUI-F) on their programmes, saying he is not a Pakistani citizen.

In a communiqué sent to all satellite TV channels, Pemra said the National Database and Registration Authority (Nadra) had in a letter dated October 11 conveyed that "Senator Hafiz Hamdullah Saboor is 'confirmed Alien' as he is not a citizen of Pakistan."

"Since it is established that the said person is an 'alien', therefore, all the TV channels (News and Current Affairs) are directed to refrain from inviting and projecting Mr Hafiz Hamdullah Saboor in their programmes/talk shows, news etc.," the authority said in its letter.

The directive banning his TV appearances comes days before the JUI-F is scheduled to lead an anti-government 'Azaadi' protest march of opposition parties.

On Friday, the first talks between a government negotiating committee and the joint opposition’s Rehbar Committee ended without a breakthrough.

JUI-F chief Fazlur Rehman had announced his party’s decision in June about the October march in a bid to topple the government that he said had come to power through “fake” elections. According to him, the long march will start from Sindh on Oct 27 and reach Islamabad on Oct 31. The march is being staged as the opposition believed that Prime Minister Imran Khan had failed to run the government that had caused an unprecedented price hike and economic crisis and that the PTI government had come to power through “rigging”.