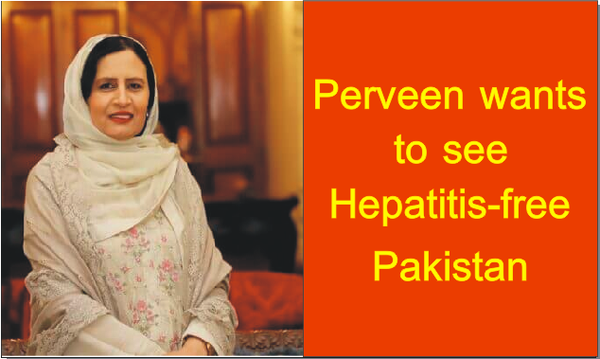 LAHORE -  MoU was signed between the University of Health Sciences (UHS), Pakistan Society of Internal Medicine (PSIM) and Sarwar Foundation (SF) on Tuesday regarding setting up of free medical camps in the country with special focus on screening the people for hepatitis B and hepatitis C. The Punjab Governor’s wife, Begum Parveen Sarwar and UHS VC Prof Javed Akram signed the agreement.  Talking to media persons on the occasion, Prof Javed Akram said that the Sarwar Foundation was doing a great job by providing the poor people access to quality healthcare and clean drinking water in the province. He announced that free medical camps would be set up across the country in collaboration with the foundation.  He further said that whenever the Sarwar Foundation wanted to set up a medical camp anywhere in the country, UHS and PSIM would provide doctors and other medical facilities there. He welcomed the decision of smart lockdown by the government. “Many precious lives were lost due to negligence on Eid-ul-Fitr”, he said, adding, that the desire for new clothes and new shoes lead to the death of thousands of people all over the country. While attributing the tripartite agreement on World Hepatitis Day, he said that hepatitis was on the rise in the country.  “About 10 per cent of the population in Pakistan is infected with hepatitis B and C and there are millions of people, who do not even know they have hepatitis”, he added.

He further said that one million people would be screened in the next one year through the medical camps under the agreement. He said that hepatitis patients would also be provided with free medicine and treatment.  Prof Javed Akram said that people all over Punjab could contact him, wherever they needed a medical camp. Begum Perveen Sarwar said that the drive aimed at “finding out the missing millions” of people who did not even know that they were suffering from this disease. She said that she came across a village in Toba Tek Singh where not a single house was safe from hepatitis.  Perveen said that having launched the Hepatitis Free Punjab programme, her organisation’s new commitment was Hepatitis Free Pakistan.  Begum Parveen Sarwar added that these free medical camps would make it easier to find tens of thousands of hepatitis patients.