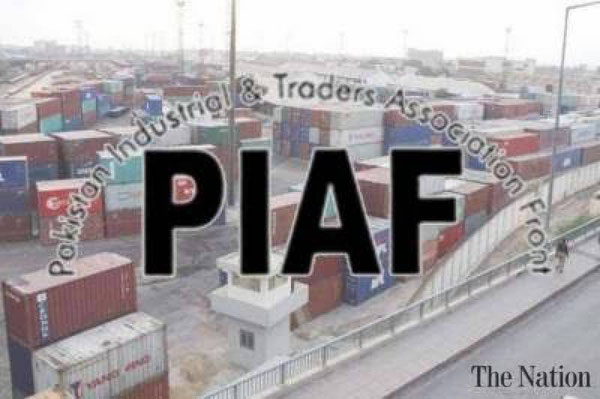 The Pakistan Industrial and Traders Associations Front (PIAF) has called for out-of-the-box solutions for economic growth in these crucial times, as the exports have reduced by 7 percent to $21.39 billion in this fiscal year against $22.95 billion of preceding fiscal year. Chairman PIAF Mian Nauman Kabir said that COVID-19 has adversely impacted the world economy as well as the Pakistan trade and industrial sectors.

In a joint statement with senior vice chairman Nasir Hameed and vice chairman Javed Siddiqi on Saturday, he asked the government to take measures to further bridge gap of country’s trade deficit which has reduced by almost 27 percent to $23.18 billion in fiscal year 2019-20. Nauman Kabir said that the Pakistani rupee continued its downward slide against the US dollar, hitting the all-time low of Rs 168.34 against the green back in the inter-bank market, despite the fact that Pakistan’s Current Account Deficit (CAD) has reduced by 78 percent owing to lower imports and better inflows.