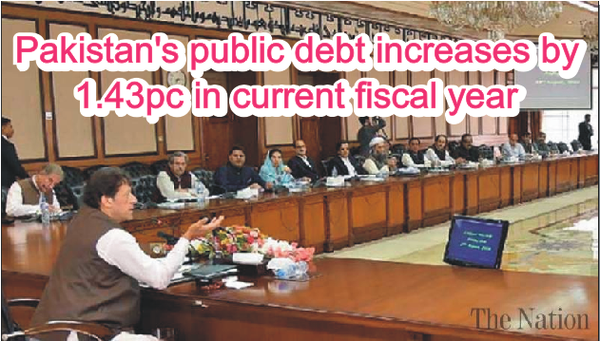 The Pakistan Tehreek-e-Insaaf (PTI) government, in its first year of power, has accumulated a record public debt of Rs7,509 billion, according to official documents. According to sources, the foreign debt incurred from August 2018 to August 2019 stood at Rs2,804 billion, while the internally accumulated figure stood at Rs4,705 billion.  Sources added that Pakistan’s total public debt increased by 1.43 per cent to Rs32.240 trillion in the first two months of the current fiscal year.  Total public debt stood at Rs31.786 trillion at the end of June 2019, the data released by the State Bank of Pakistan showed.