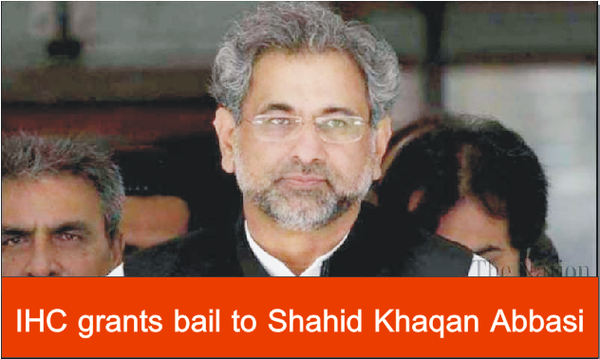 Shahid Khaqan Abbasi appeared before the IHC after an accountability court in Karachi issued arrest warrants against him in the PSO MD appointment case. The court inquired reason from the former premier that why he should be granted a protective bail again as it was approved earlier as well. The PML-N leader maintained that he could not appear before the court in Karachi due to the coronavirus lockdown.

Shahid Khaqan Abbasi said his lawyer, however, appeared before the court thrice yet stay order over his arrest warrants has not been issued. The PML-N leader’s request was upheld by the IHC. After the court hearing, Shahid Khaqan Abbasi talked to media and said, “PM Imran Khan has no strategy over novel coronavirus as fatalities are increasing due to the pandemic. How can the lockdown be relaxed under such circumstances?”