Poland Had the Royal Castle Ready. Then Trump Canceled His Trip. 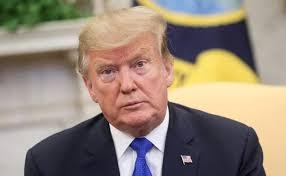 WARSAW — Elaborate military escorts stood ready. Chefs were at work on a grand state dinner at the Royal Castle. A concert was cued up for television and radio broadcast. The annual commemoration of the outbreak of World War II was even moved from Gdansk to Warsaw, where crowds would be bigger.

Poland’s governing party had carefully choreographed a day of pomp and ceremony to welcome President Trump this weekend — a powerful reminder to its own people, just six weeks before national elections, of the strong bond between the government and Trump administration.

Except that he will not be here.

Mr. Trump announced on Thursday that he would remain in the United States to monitor an impending hurricane, forecast to hit Florida next week, and send Vice President Mike Pence in his place. It was a blow to the leadership in Warsaw, which hoped to use the moment to bolster its standing and deflect criticism that it is undermining the nation’s Constitution.

The United States and its president are seen more positively in Poland than anywhere else in Europe, where trust in American leadership has dropped under Mr. Trump and he is generally viewed negatively. So at a time when the leaders of many allied nations are careful not to seem too close to him, Poland’s governing Law and Justice party embraces him.