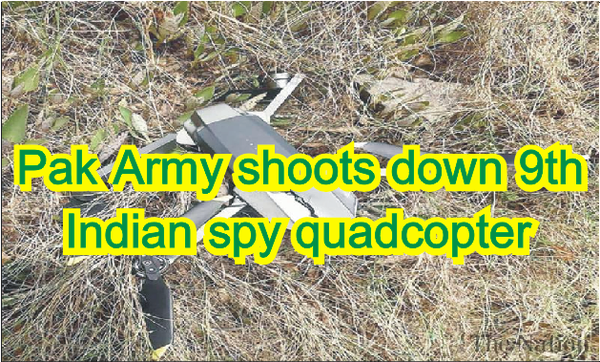 ISLAMABAD - Pakistan Army troops on Sunday shot down an Indian spying quadcopter in Hot Spring Sector along the Line of Control (LoC), said media wing of the military. “The quadcopter had intruded 850 meters on Pakistan’s side of the LoC. This is 9th Indian quadcopter shot down by Pakistan Army troops this year,” said a press release issued by the Inter-Services Public Relations (ISPR) directorate. According to the military sources, the Indian troops used the drones for surveillance along the LoC before targeting civilian population there.