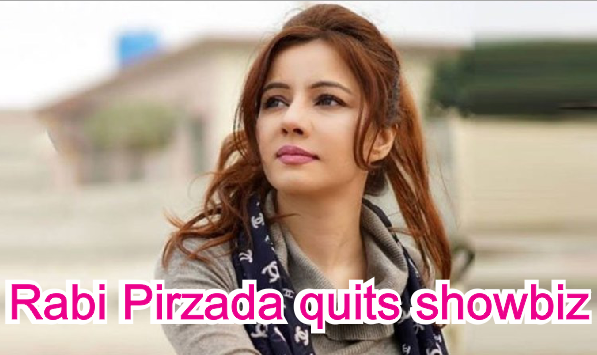 LAHORE     -   Singer Rabi Pirzada has announced that she’ll be leaving the entertainment industry.Writing on her twitter, the singer said: “I, Rabi Pirzada, am quitting showbiz. May God forgive my sins and soften the hearts of people in my favour.”On Friday, Pirzadapictures were circulated on several social media platforms. However, netizens took to Twitter to criticise the misuse of her personal pictures and requested others to not to forward the images.

#RabiPirzada was the top trend in the country on Friday, with Twitter users hitting out at the breach.

Rights activist NighatDad took this issue on twitter and wrote: “Those who are weaponising non-consensual intimate images and videos and forwarding them are committing a crime under the Prevention of Electronic Crimes Act, 2016. Don’t be a silent bystander, report these tweets and do not forward this violence,” she said.

The singer had earlier lodged a complaint with the Federal Investigation Agency (FIA) about the leaked material on social media platforms that went viral.The FIA confirmed receiving the complaint from Rabi Pirzada.The law enforcement agency said it had launched an investigation into the case and that on Monday it would write a letter to Facebook asking the social media website to reveal the identity of the individual posting the private videos on the social media platform.