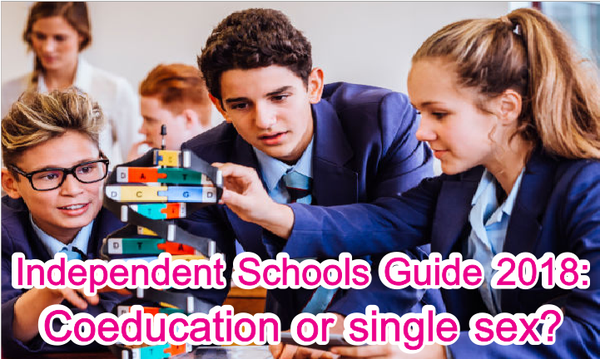 There has always been a lot of debate around what type of school is best for both the academic and wellbeing outcomes of young students. In Australia, parents are often weighing up whether it is better for their child to go to a single-sex school or to a coeducational school.

It can be a difficult and complex choice to make. Not only because the findings of studies show single sex and co-educational schools are both good options for students academically – but also because parents are often considering how the choice will affect their maturing child emotionally and socially.

Education researcher with The University of Sydney, Associate Professor Helen Proctor, says while many studies have been done and claims been made about the pros and cons of single sex and coeducation in Australia, there is no straightforward answer for parents making this choice.“Schools are such complex places and the gender make-up is one of many factors in schools,” she says.

“A better question [for parents] to ask is how does the school manage its gender arrangements and what policies are in place to mitigate the downsides of either arrangement: coeducation or single sex?”

Supporters of coeducation believe that being educated in a school with both genders reflects “real life”. That is, that once students reach university and/or the workforce, they will be learning and working with both men and women and being in a co-educational school better prepares students for this.

While single-sex school supporters argue that classrooms are less distracting for young women and men, and each can be their authentic selves without playing into gender stereotypes. In other words, young women feel less intimidated in science or maths classes and young men will perform music or theatre in front of their classmates.

While many studies suggest that single-sex schools may become a thing of the past (a recent study stated that they would be obsolete by 2035), they are still a very popular choice in Melbourne and other Australian capitals.

All-boys’ school Whitefriars College in the Melbourne suburb of Donvale agrees that single-sex education allows boys to develop without gender stereotypes.nPrincipal Anthony Kirley says when making their choice, parents need to choose the school that best suits their child.

“Young men have a particular need to be understood as males. The use of humour, rotational group work and kinaesthetic activities are essential for their growth,” Kirley says.

“They are able to discuss topics of both refinement and sensitivity in a classroom without any view that it is a non-preferred way of thinking. It is particularly important for boys who transition from primary school to have close male friends who can support them in and out of the classroom,” he says.

“Our teachers specifically know the needs of young men and how to form strong relationships with them.

“The old saying in boys’ schools, ‘boys learn teachers before subjects’, may not be grammatically correct, but the sentiment is very accurate.

“We have a strong focus on developing men of conscience and character who are unafraid to be gentle men within our society.”