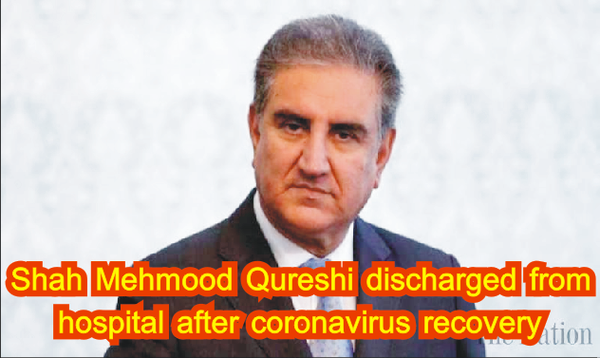 Foreign Minister Shah Mahmood Qureshi said on Tuesday that he has been discharged from a hospital after recovery from coronavirus. In a statement, he expressed gratitude to all those who sent well wishes and prayed for his swift recovery. Qureshi said he had called off all meetings after he showed symptoms and went for a test without delay, which turned out to be positive. He added his health condition began improving after his treatment started immediately after the diagnosis. He said blood plasma of recovered COVID-19 patients was transfused into his body and thanked the Rawalpindi military hospital’s staff for taking his care. “I have returned home and am feeling better,” he said, hoping his second test will be declared negative.