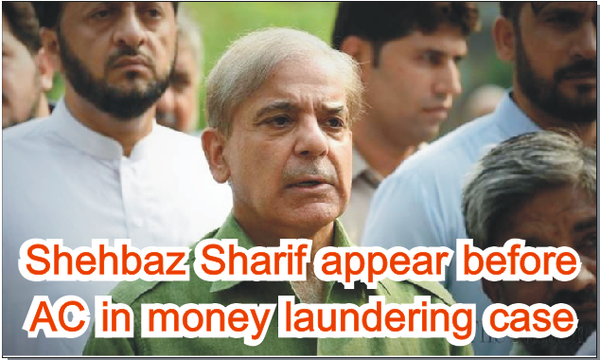 Pakistan Muslim League-Nawaz (PML-N) President and Opposition Leader in National Assembly Shehbaz Sharif on Thursday has appeared before the accountability court in money laundering case. According to details, Shehbaz Sharif’s daughter Javeria also attended the hearing. During the proceedings, the PML-N leader told the court that his decisions had badly affected the business of former Prime Minister Nawaz Sharif.

Previously, Shehbaz Sharif said that he has not committed corruption of a single penny. I never took salary from the national exchequer, he added. The PML-N leader stated that he had brought international investment worth billions of rupees to Pakistan during his tenure.  According to the NAB investigation report, Chief Financial Officer of Sharif family Muhammad Usman laundered money for the Shehbaz family.

The bank accounts of Shehbaz Sharif’s wife Nusrat Shehbaz and his sons were used for foreign remittances and loans. On the direction of Salman, Waqar Trading Company made fake foreign remittances of Rs 600 million. The entire amount was transferred to Salman Shehbaz’s personal account via cheque but it is not known where Salman receives his money from.