Shibli Faraz says no one is above law in 'naya' Pakistan 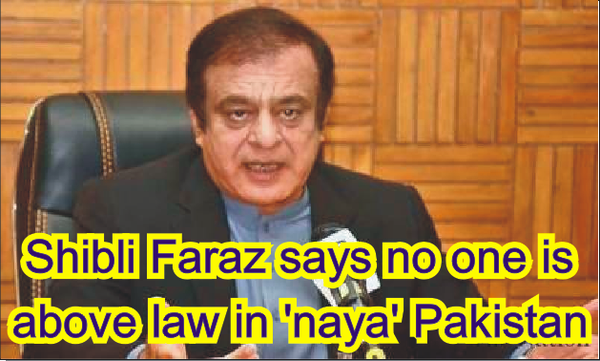 Minister for Information and Broadcasting Senator Shibli Faraz on Tuesday said no one was above the law in Naya Pakistan irrespective of the fact whether he or she belonged to the government or any opposition party. The minister, in a tweet, said instead of escaping from the law, Leader of the Opposition in National Assembly Shehbaz Sharif should better face the cases in the courts of law and the Pakistan Muslim League-Nawaz leaders should not become his accomplices by creating obstacles in that regard.