Shut down parliament if laws are to be introduced through ordinances: Justice Isa 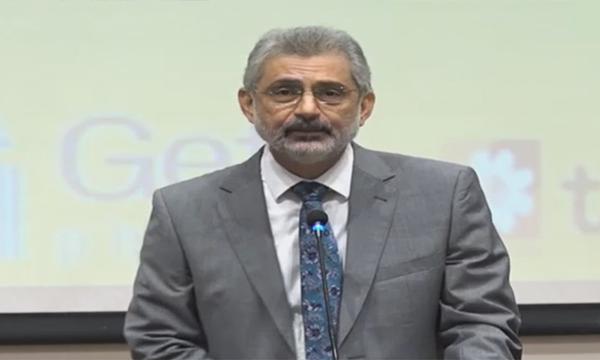 Supreme Court judge Qazi Faez Isa on Tuesday criticised the introduction of laws through ordinances, saying it was tantamount to usurping the parliament's job.

"Shut down the parliament if laws are to be introduced through ordinances," Justice Isa remarked during the hearing of a case regarding the cutting of forests in Khyber Pakhtunkhwa.

He was part of a three-member bench headed by Justice Mushir Alam.

During the hearing, the court rejected applications filed by petitioners who claim to be owners of pieces of forest land.

The bench observed that the petitioners had not asked to be given their share at any level during the hearing of the case. Justice Isa told the petitioners that they did not have a right of claim to the land and that the government should have filed a review petition in the case.

Justice Isa also asked the government representative why the order in the case issued in 2013 was not implemented.

"The protection of forests is important for the future of upcoming generations," the judge remarked, adding that all laws relating to forests in the country were instead "designed to protect corruption".

He said the rulers of the country are engrossed in "other issues" when the "real issue" is protection of the environment.

He also asked why an important law concerning forests was instituted through an ordinance.

Justice Isa noted that the number of forests in KP and Gilgit-Baltistan is dwindling and the area is losing greenary.

"No one is ready to touch a law introduced by a dictator," he commented. "A dictators comes and takes two minutes to do away with parliament."

He also said the country's prevailing atmosphere was such that "one cannot freely talk about anything."

The judge said every person involved in the cases concerning forests is a "liar".

"Those cutting forests are murdering generations," he concluded.