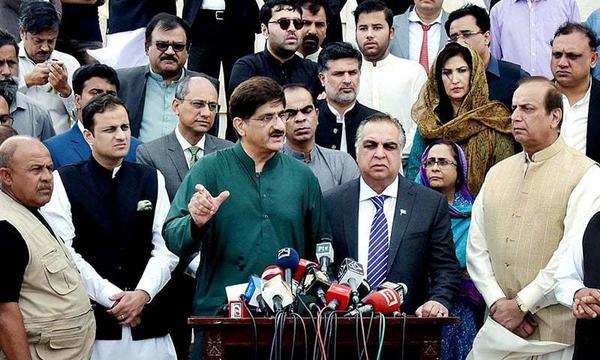 The Sindh government has challenged a recent amendment made to the National Accountability Ordinance (NAO), better known as NAB law, through which the federal government has attempted to withdraw ‘better class’ facilities in prison from the accused facing embezzlement cases of Rs50 million or above.

The PPP-led provincial government filed a petition in the Supreme Court at its Karachi registry on Thursday.

Under the amendment to the law made by the PTI-led federal government, all the suspects facing embezzlement or corruption cases of Rs50m or above will not be allowed ‘B-class’ or ‘better class’ facilities in prisons across the country. Earlier, they could apply for better class facilities instead of being assigned ‘C-class’ or ‘common class’.

The provincial government pleaded to the apex court to declare the National Accountability (Amendment) Ordinance, 2019, as illegal and having been passed by the PTI government without legislative competence and in violation of constitutional principles.

The petitioner argued that the “promulgation of the 2019 Ordinance by the President of Pakistan is unconstitutional and ultra vires of Article 89 of the Constitution for having been promulgated in a mala-fide manner, prior to a scheduled session of the House of Parliament”.

The Sindh government has insisted that the powers to carry out legislation with regard to prisons and prisoners have historically remained with the provinces and that the federal government lacked legislative competence to amend the anti-graft law.

It further stated in the petition that the 2019 Ordinance was a usurpation and encroachment upon the provinces’ constitutionally marked legislative power and a violation of the mandate of Article 142(c) of the Constitution.

The new law violates the rights of the suspects who are still facing trials in graft-related cases and the courts have yet to convict them, the government argued.