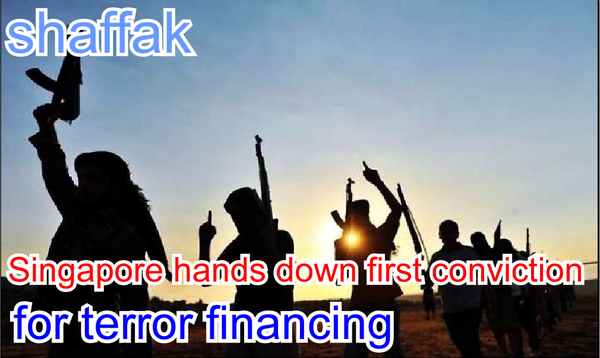 A Singaporean man became the first of the country's citizens to be jailed for financing terrorism after he was convicted of sending money to a radical Muslim preacher.

There have been a steady stream of arrests in Singapore related to support for extremism, and the affluent city-state's leaders have warned it is a prime target for an attack.

Ahmed Hussein Abdul Kadir Sheik Uduman was jailed for two and a half years for donating Sg$1,146 ($840) to Sheikh Abdullah al-Faisal, a Muslim preacher living in Jamaica, according to court documents seen by AFP Friday.

Hussein reached out to Faisal after watching videos on his website and YouTube channels in which he preached support for the militant Islamic State (IS) group.

Faisal was jailed for nine years in Britain in 2003 after calling for the murders of non-Muslims and was deported to his native Jamaica after serving four years of his sentence.

Hussein, who was handed a prison term on Thursday, was arrested in July 2018 under Singapore's Internal Security Act, which allows for detention without trial for up to two years.

He had been radicalised and “wanted to undertake armed violence in Syria in support of the IS group in Iraq and Syria,” court documents said.

The prosecution recommended jail time to send “a strong message to other like-minded individuals that supporting terrorist propaganda through financial means will attract uncompromising punishment”, they said.

In September, authorities detained three Indonesian maids without trial over allegations they donated funds to support the IS group. And in July, two Singaporeans accused of intending to join the militants were arrested.

The IS group lost the last scrap of its self-declared “caliphate” this year but remains influential. There are fears that foreign fighters returning from the Middle East could rejuvenate terror networks elsewhere, including in Southeast Asia.

Most Singaporeans are ethnic Chinese but the country is also home to a substantial Muslim minority.