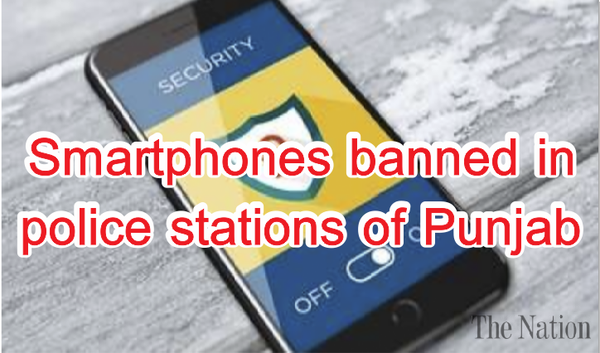 Inspector General Police (IGP) Punjab, Arif Nawaz has banned carrying smartphones in police stations across the province. In line with the directives of the IGP, the CCPO has issued notification to all police stations of Punjab in this connection. According to notification, even staff members of the police stations will follow the same restriction.

The staff members as well as complainants will have to handover their smartphones at the front desk before moving into the police stations. However, SHO and moharar will be exempted from the curb.

The citizens have criticised the decision of the IGP Punjab, saying it was aimed to cover up their misdeeds and discriminatory attitude of the police with the commoners in the police stations. As in the recent days the Punjab police earned a bad reputation for a number of incidents of torture which led to even death of proletariats.