Smog increases risk of brain cancer, according to McGill study 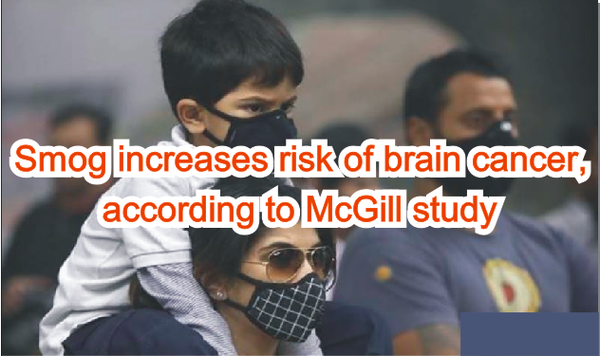 Researchers at McGill University in Montreal have concluded that "smog-like" conditions can result in the development of malignant brain tumors. Examining the health records of almost 2 million people in Canada over 25 years, they established a direct correlation between air pollution and the incidence of brain cancer. Although the health consequences of air pollution in general are well known - especially pertaining to the similarities between cigarette smoking and inhaling unhealthy air - this is the first study that suggests a relationship between brain cancer and smog.

Contrary to what the Punjab government has announced, international protocol holds all air quality with a reporting above 150 is considered "unsafe". Any reporting above 300 is considered "hazardous", with recommendations to either evacuate such a zone, or to declare a state of emergency. Lahore has, especially in recent days, received reporting that was well above a 500. Until recently, schools were still open, even though children, the elderly, and pregnant women are considered to be most at threat by the effects of smog.

As the detection apparatus required to give a reading of the air quality index (AQI) is expensive, few districts in Pakistan have access to an AQI reading. This means that there could be many more towns and cities across the country that have dangerous levels of smog, but no reading. In recent days, both Peshawar and Faisalabad have also risen up in air pollution charts. Lahore and Delhi have become one of the world's only cities to have received readings above an 800 on the AQI. Unless this crisis is addressed, environmental activists and researchers state that a massive public health emergency and an ecological crisis looms over South Asia.