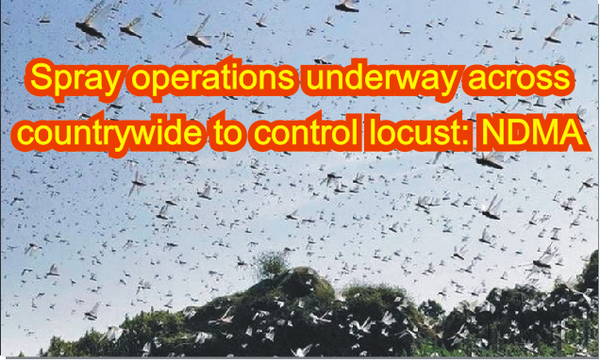 National Disaster Management Authority (NDMA) says survey and spray operations are underway across the country to control the locust. According to the spokesperson of NDMA, survey of 326000 hectares of area has been carried out while 10,000 hectares have been sprayed across the country during last twenty-four hours.