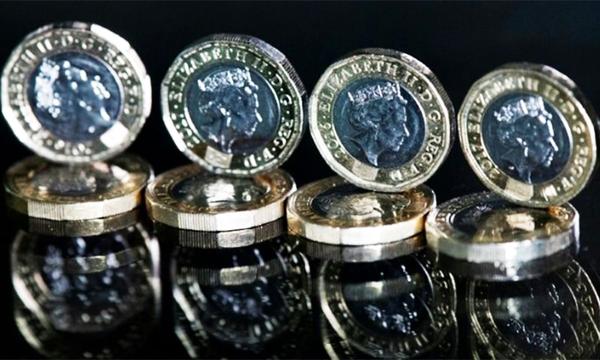 The pound held most of its gains on Wednesday after hitting a five-month high on growing hopes that Britain and the European Union (EU) are close to a Brexit deal, while equity markets remained buoyed despite signs of fresh China-US tensions over Hong Kong.

Sterling surged on Tuesday as negotiators voiced optimism that they could strike an agreement that would avoid Britain crashing out of the EU at the end of the month.

With the two sides hunkered down in Brussels, Johnson's office said he had held a “constructive” and “good discussion” with France's Emmanuel Macron, who also hailed “positive momentum” for the talks.

EU negotiator Michel Barnier said a text must be on the table by early Wednesday if it is to be put before leaders at the two-day EU summit starting Thursday.

But officials said talks could always resume next week and a special summit be called just in time for Johnson to fulfil his pledge to lead Britain out of the bloc on October 31.

The developments indicate some sort of agreement on the vexed question of Northern Ireland in the divorce, which had been holding up negotiations.

Signs of a breakthrough sent the pound rallying to $1.28 in London, a level not touched since May, and while it has tailed off slightly, the unit remains relatively healthy, with some observers tipping it to soar if a deal is reached.

“It may still tease and disappoint us, but it seems increasingly likely that an acceptable draft Brexit agreement may emanate from the corridors of power in Brussels shortly,” said OANDA senior market analyst Jeffrey Halley, adding the pound could hit $1.45.

But traders were warned to be cautious as there remained a number of obstacles.

“How many times have we been down this road in the last three years, as talks have faltered over the Gordian knot of Northern Ireland,” said Michael Hewson, chief market analyst at CMC Markets UK.

“Not only does any deal have to pass muster with the EU, it also has to get past Northern Ireland's (Democratic Unionist Party), as well as MPs in the House of Commons.”

Brexit hopes were also providing some support to equity markets in Asia on Wednesday, with Tokyo and Sydney more than one per cent higher while Singapore added 0.9pc.

There were strong gains in Seoul, Mumbai, Taipei, Wellington, Bangkok, Manila and Jakarta.

A rally on Wall Street helped buying sentiment following a strong start to the US earnings season. Hong Kong also climbed after suffering a brief mid-session drop after the city's leader Carrie Lam was forced to abandon a State of the Union-style policy speech owing to heckling by opposition lawmakers.

She later delivered it by video, announcing plans to increase housing and land supply in a city that has one of the least affordable property markets in the world, as well as various subsidies.

Shanghai ended lower with investors moving cautiously as China said it would take “strong measures” after the US House of Representatives passed a bill sought by pro-democracy protesters in Hong Kong that aims to defend civil rights in the city.

If passed by the Senate, the law would end the Hong Kong-US special trading status unless the State Department certifies annually that city authorities are respecting human rights and the rule of law.

Chinese foreign ministry spokesman Geng Shuang said in a statement that the US should “stop meddling”.

The move fanned concerns that the issue could muddy the waters in China-US trade talks, just days after the two reached a mini agreement.

“While considering Hong Kong a separate trading entity is still an implausible scenario at this point... it could potentially derail trade talks indefinitely regardless of who's in power after election 2020,” said Stephen Innes at AxiTrader.

Adding to the sense of unease was a report saying China wanted the US to remove the threat of new tariffs slated for December before it could ramp up its purchase of agricultural goods, which was part of Friday's agreement.

The Bloomberg News story cited sources as saying Beijing would not buy the $40-$50 billion of products Donald Trump claimed it would unless the levies were lifted.

In early trade, London added 0.1pc but was weighed by the stronger pound, while Paris eased 0.3pc and Frankfurt edged 0.1pc lower.