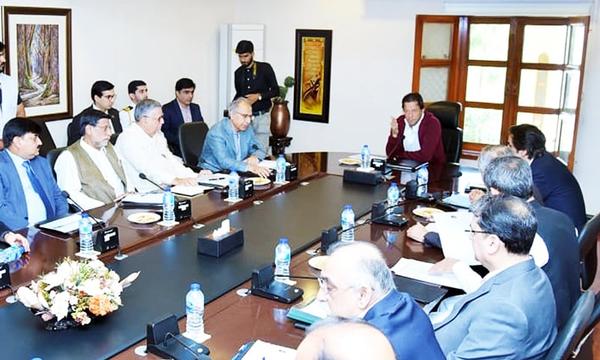 Prime Minister Imran Khan on Thursday said that the top priority of his government is to run the economy on strong foundations to create opportunities for livelihood, increase trust among foreign investors and enable local industries to flourish.

The prime minister was chairing a special meeting of his economic team at his Bani Gala residence in Islamabad to discuss economic reforms and strategies to revive the industrial sector.

The participants of the meeting discussed various recommendations about development of the small and medium enterprises (SMEs) sector, rehabilitation of sick industrial units and provision of subsidies to the construction sector.

During the meeting, the premier was apprised that measures could be taken on an immediate basis to restore 687 sick units. As per a briefing given to the meeting, the rehabilitation of the targeted units could be carried out with the help of a public-private partnership formula.

Prime Minister Imran directed the concerned quarters to complete the required administrative reforms and laws within 60 days to rehabilitate the struggling units under a comprehensive plan.

The participants were told that the SMEs sector was facing various challenges including a lack of investment, sophisticated technology, skilled labour, laws, reforms in the Small Medium Enterprises Development Authority, and a lack of research.

Prime Minister Imran during the meeting announced that tax incentives will be offered to relevant industries to facilitate the construction sector. He directed the economic adviser to devise a strategy in coordination with the FBR, Naya Pakistan Housing Authority and the provincial governments in this regard and submit the report by next week.

He also stressed the need to increase inter-ministerial coordination through frequent meetings.