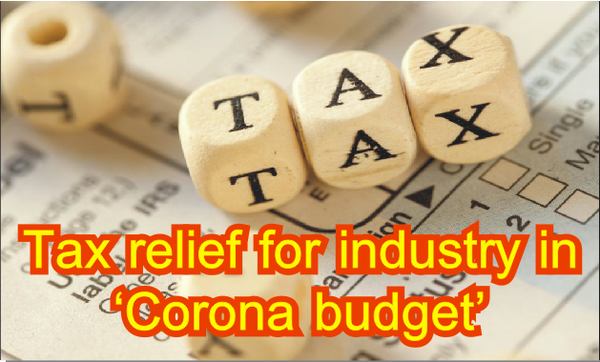 ISLAMABAD - The government is considering reducing duties and taxes on materials in the upcoming budget in order to support the local industry and enhancing country’s tumbling exports. The PTI government is all set to present the annual budget 2020-21 on June 12. Finance Adviser Abdul Hafeez Shaikh has already termed the next year budget a ‘corona-budget’. Officials informed The Nation that government would not take massive taxation measures in the budget due to the slowdown in the economy amid the coronavirus pandemic. They informed that the government would provide relief to the industry in terms of reducing duties and taxes on raw materials.

An official of the Federal Board of Revenue (FBR) informed that government was mulling to reduce duty on beverage industry. He said that there was a proposal of reduction in the federal excise duty (FED) on beverages from existing 13 percent to nine percent. He further said that government was also considering revival of zero-rating for the five export-oriented sectors including textile, leather, carpets, sports goods and surgical goods. “There is also proposal of waiver of CNIC conditions for traders,” he added.

However, the government might increase taxes on luxury imported items in order to generate revenues and to control the import bill. Meanwhile, the government is also contemplating imposing a luxury tax on houses included farm houses located within the limits of Islamabad Capital Territory (ICT). Under the proposal, Rs100,000 tax would be levied on 2-4 kanal houses having a covered area of more than 6,000 square feet, while Rs200,000 tax has been proposed for 5 kanal or above houses with a covered area of over 8,000 square feet.

According to the initial estimates, the government is likely to keep budget deficit at Rs3 trillion (6.6 percent of the GDP) during next fiscal year (FY21). The country’s budget deficit is expected to widen to Rs3.916 trillion (9.3 percent of the GDP) during current financial year. Budget deficit would swell to Rs3.916 trillion in the current fiscal year (FY20) after coronavirus situation against the early projection of Rs3.2 trillion. However, the government has projected to bring it down to Rs3 trillion in FY21. Meanwhile, tax collection target for Federal Board of Revenue (FBR) has projected in between Rs4.5 trillion to Rs5.1 trillion for the next fiscal year. The government has projected to keep non-tax collection target at Rs1.150 trillion for the FY21. In expenditures, the government would spend Rs2.865 trillion on interest payment. Domestic interest payment would cost Rs2.508 trillion and interest payment on foreign loans are projected at Rs338 billion. Meanwhile, the defense spending would cost Rs1.331 trillion in FY21 as compared to revised Rs1.197 trillion of the outgoing year.