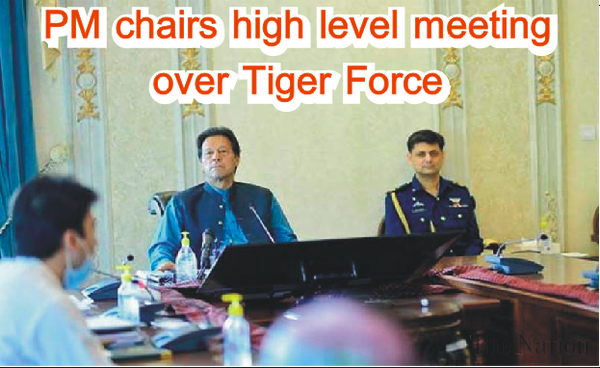 Prime Minister Imran Khan Tuesday chaired a high level meeting regarding functioning of the Tiger Force and gave certain guidelines to the chief ministers and chief secretaries in this regard. The prime minister also directed for making the force fully functional all over the country.

The meeting was attended by Chief Minister Punjab Sardar Usman Buzdar, Chief Minister Khyber Pakhtunkhwa Mahmood Khan, chief secretaries and commissioners through video link, PM office media wing in a press release said. During the meeting, a weekly report about the force at the provincial level was submitted.

The prime minister directed for making the force functional at district, tehsil and union council levels stressed upon ensuring better coordination at the administrative level.

He also directed for utilizing the force for the registration of Ehsaas Labour registration programme. The prime minister further observed that these youth were the heroes of the nation as they had devoted their time for steering the nation out of the difficult times. The brave members of the force were the country’s assets, he added.