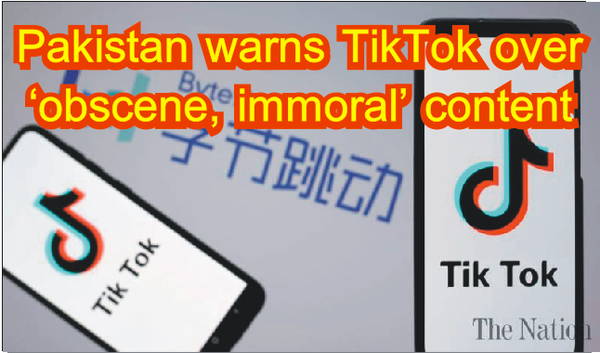 The telecommunications regulatory body of Pakistan issued notices to popular Chinese app TikTok and Singapore-based video sharing platform Bigo after receiving a number complaints, claiming the apps are spreading pornography for the sake of fame and ratings on social media. The Pakistan Telecommunication Authority (PTA) has issued a "final warning" to Bytedance-owned TikTok over so-called obscene and immoral content on the platforms, days after it temporarily suspended PlayerUnknown’s Battlegrounds (PUBG).

In a statement issued on Monday night, the telecommunications regulator banned live streaming application Bigo and issued a warning to TikTok after not getting "satisfactory responses" from the company over issued notices. "In exercise of its powers under the Prevention of Electronic Crimes Act (PECA), the PTA has decided to immediately block Bigo and issue a final warning to TikTok to put in place a comprehensive mechanism to control obscenity, vulgarity, and immorality through its social media application", the statement said. 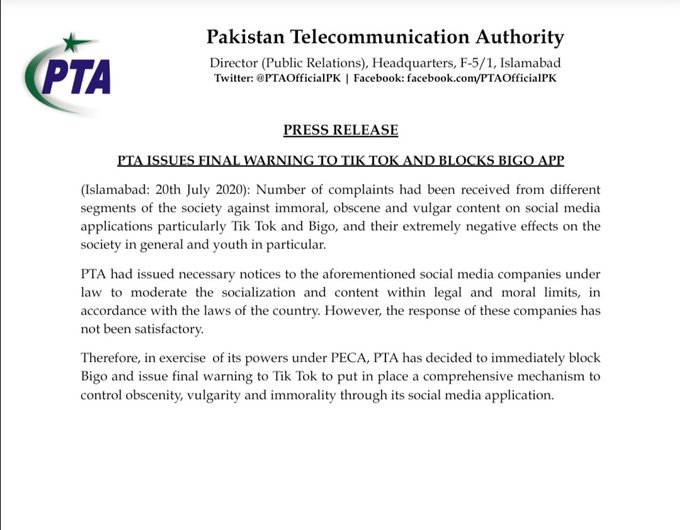 The country's telecommunications regulator had issued notices to some social media companies under the law "to moderate the socialisation and content within legal and moral limits" as per existing Pakistani laws. However, the companies' responses were deemed unsatisfactory.

​Earlier, the Imran Khan government banned a popular online multiplayer video game, PlayerUnknown’s Battlegrounds (PUBG), stating that it was addictive and poses a threat to the mental well-being of young people. The move was met with resistance from gaming enthusiasts and supporters who are now planning to protest the decision.

The decision was also opposed by Science and Technology Minister Fawad Chaudhry who said the general banning attitude of the government would kill Pakistan’s tech industry. "Well I [am] against all kinds of general bans, such an attitude is killing the tech industry we cannot afford such bans", said Chaudhry in a Tweet.