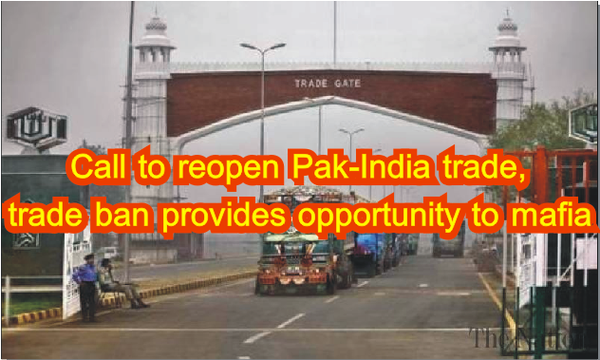 Leader of the business community and former President ICCI Shahid Rasheed Butt on Saturday asked the government to consider opening Pak-India trade as the ban has provided an opportunity to the merciless mafia to make quick money at the cost of poor masses. Trade with India was a deterrent to the mafia as any hike in the price of edibles would have initiated imports but this option was closed a year ago resulting in a windfall for the profiteers, he said.

Shahid Rasheed Butt said that government could consider allowing imports of poultry, milk, fruit, vegetables, and pulses without compromising on its principled stance. He said that many countries have differences and even enmity but they are not mixing economics with politics. Bilateral trade between the US and Russia is almost 29 billion dollars, China-US trade volume is around $700 billion while India and China are conducting two-way trade worth $86 billion.