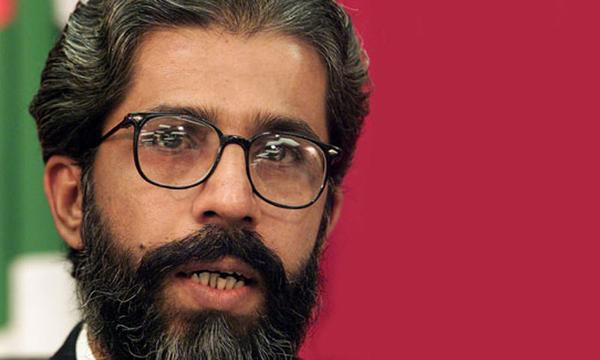 The United Kingdom has handed over evidence to Pakistan in connection with the Imran Farooq murder case, it emerged on Tuesday.

Toby Cadman, the lawyer for the Pakistan government, told Dawn that he had submitted the evidence in the Islamabad High Court.

Additionally, he confirmed that Pakistan had made a request for mutual legal assistance (MLA) to transfer evidence relevant to the inquiry regarding the Muttahida Qaumi Movement leader's murder.

Cadman said he is currently in Pakistan to deliver the letter of acceptance, the evidence and to attend a hearing of the case.

Dr Farooq, a senior leader of the MQM, was murdered outside his home in London in 2010.

In June, the Federal Investigation Agency (FIA) had informed an anti-terrorism court (ATC) that the UK was ready to share evidence in the murder case provided the accused was not be given the death penalty in the case of conviction.

Imtiaz had told the ATC that the UK Central Authority, in response to correspondence related to sharing of evidence in the murder case, said that European laws did not permit sharing of evidence with a country where the offence was punishable by death.

He had added that the UK government had asked Pakistan to give an assurance that the convict would not be given the death sentence on the basis of the evidence related to the murder.

The special prosecutor said the Pakistani government had told the UK Central Authority that the matter was under consideration and for this particular case, the law might be amended or the presidential pardon might be invoked to commute a death sentence to life imprisonment. However, he had said, the top law office would have a final say in this matter.

Earlier, the Islamabad High Court had directed the ATC to conclude the trial by October 2018. The FIA, on the other hand, had sought time from the trial court to produce evidence which it was expecting to get from the UK under the MLA request.

Initially, the UK authorities had not responded to Pakistan’s request for the MLA.

Two suspects in the case — Khalid Shamim and Syed Mohsin Ali — have recorded their confessional statements before the magistrate, saying that Dr Farooq was killed because he was a "potent threat to the leadership of the MQM". However, the suspects later backtracked from their confessional statement, saying that they recorded the previous statement under duress.

Another suspect, Moazzam Ali, has not yet recorded his confessional statement in the case.