People are NOT happy with Shahroz & Sadaf wedding 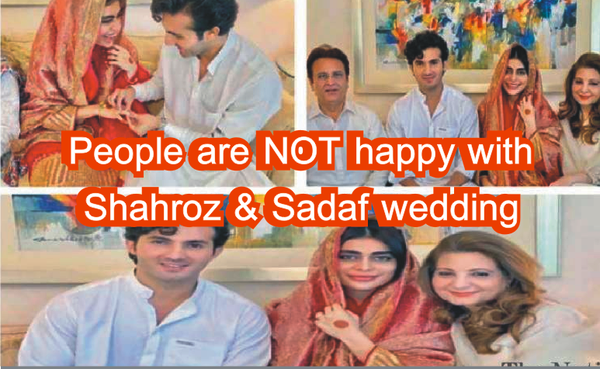 ISLAMABAD-The news of Syra and Shahroz’s separation came out with another news that the reason behind their separation is Sadaf Kanwal, who is been in a relationship with Shehroz Sabzwari. In the past days, we have seen a quite similar and completely opposite incident as well. A lady attacked another lady at her home, abused her physically and verbally for having an affair with her husband. And then we have Syra Yousuf who when got to know about all this, got separated with dignity without saying a single word against anyone. The world has witnessed the truth now. Well, apart from everything that has happened, now they both are married and they deserve respect because at least they opted for a legal way to pursue their relationship. People should stop bashing at the couple and let the *newly weds* live happy for the rest of their lives.