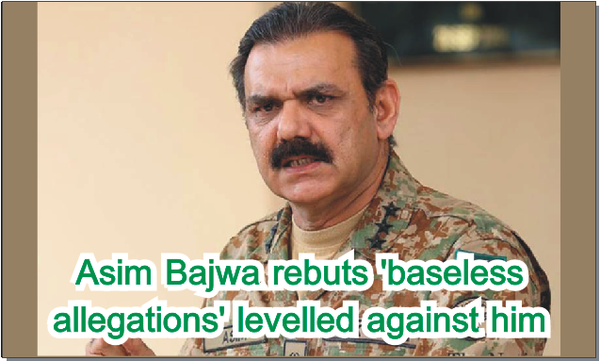 In a seven pages response, Asim Saleem Bajwa says the news broke by Ahmed Noorani regarding himself is vehemently denied as incorrect and false. According to the documents, the CPEC chairman said “my declaration of assets and liabilities as an SAPM in the federal government is incorrect because I have failed to disclose the investment of my wife abroad. He further says “My brothers have conducted businesses in USA and their growth of business is related to my promotion in the Pakistan Army.”