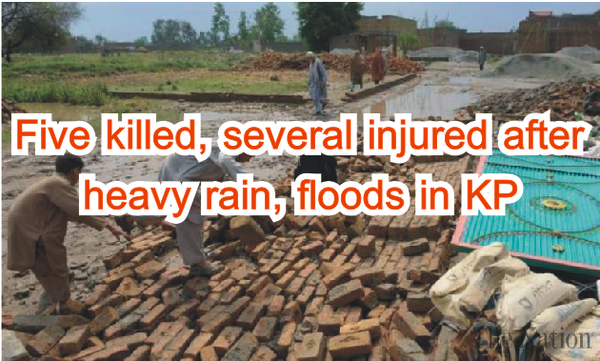 Five persons lost their lives and twenty sustained injuries in rain-related incidents in Khyber Pakhtunkhwa during the last 24 hours. According to the Provincial Disaster Management Authority (PDMA), 46 homes in KP were partially damaged whereas four were completely destroyed. Rescue work was ongoing in the affected areas and supplies were distributed.

Four persons drowned in Balakot’s Kunhar River where one dead body was recovered. A part of road was swept away in Havelian stream due to flooding, cutting land connection between Abbottabad and Havelian. Two girls died in Battagram by landsliding. Both dead bodies were recovered. A couple lost lives as roof of house collapsed in Khushab’s Katha Sagral area.