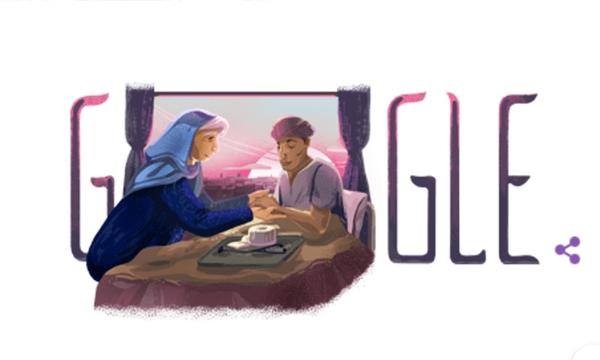 Google paid homage to Dr Ruth Pfau, the late physician and nun who devoted her life to fighting leprosy in Pakistan, with a doodle on her 90th birth anniversary on Monday.

The doodle depicts the German-Pakistani doctor, who died at the age of 87 in Karachi in August 2017, tending to a patient.

Describing the doodle, Google said she was being honoured because she "devoted herself to eradicating leprosy from Pakistan, saving countless lives".

"Also known as Hansen’s disease, leprosy is caused by a bacterial infection that can now be prevented and cured, but the disease has historically caused sufferers to be ostracised and stigmatised for disfiguration," it said.

The tech giant noted that it was due to Pfau's persistent and selfless efforts that the World Health Organisation declared leprosy under control in Pakistan by 1996 — earlier than most other Asian countries.

The Mountain View, California-based Google frequently changes the colourful logo on its famously spartan homepage to mark anniversaries or significant events or pay tribute to artists, scientists, statesmen and others.

A remarkable legacy
Dr Pfau, who was German by birth, had been sent to Pakistan in 1960 by the Daughters of the Heart of Mary — a congregation of nuns that she was a member of — for a medical service for students.

After witnessing the plight of leprosy patients, she decided to settle here. She was granted Pakistani citizenship in 1988.

One of the founders of the Marie Adelaide Leprosy Centre (MALC) in Karachi, Pfau managed to set up a network of 157 medical centres that treated thousands of people.

In 1979, she was awarded the Hilal-i-Imtiaz, the second-highest civilian award of the country. In 1989, Dr Pfau was presented the Hilal-i-Pakistan for her services.