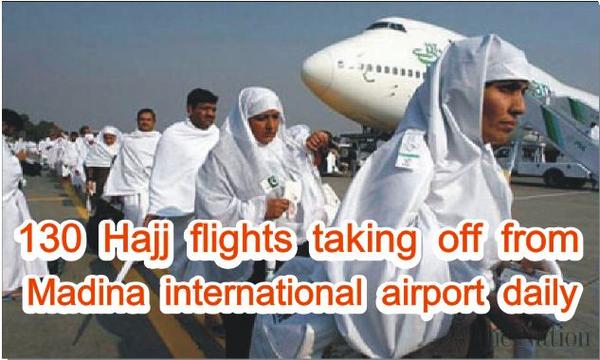 Some 130 Haj flights are taking off daily from Prince Muhammad Bin Abdul Aziz International Airport in Madinah carrying pilgrims back to their respective home countries. The airport has completed all arrangements for the return journey of the pilgrims including 300 African tribal chiefs and a number of priests from 49 countries who were guests of the Custodian of the Two Holy Mosques King Salman within his special program for the Haj and Umrah.

Under the program, the King invites a number of Muslims from various parts of the world to perform the Umrah or Haj under his own personal expenses, Saudi Gazette reported.This year, the King has invited as many as 6,500 pilgrims from 79 countries within the program being supervised by the Ministry of Islamic Affairs, Call and Guidance.