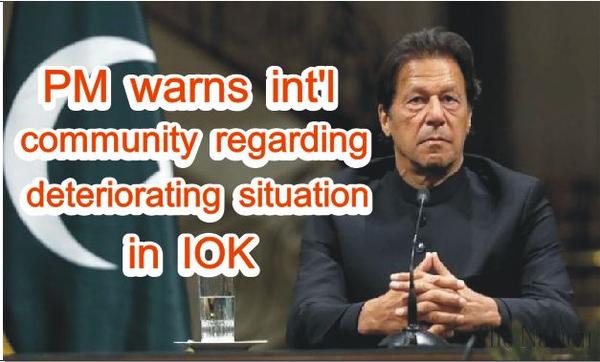 Prime Minister Imran Khan has asked the international community and countries that would they remain silent and witness another ‘Srebrenica-type’ massacre and ethnic cleansing of Muslims in Indian-occupied Kashmir (IOK) In a series of tweets, PM outlined the current deteriorating situation in IOK by mentioning: 12 days of curfew, presence of extra troops in an already heavily militarised occupied territory and also warned the international community of the repercussions and reactions in the Muslim world, “setting off radicalisation and cycles of violence.”