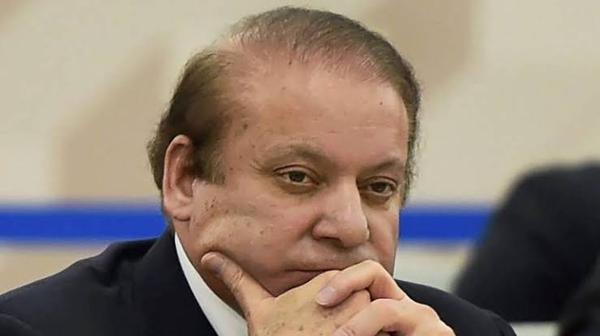 LAHORE: Former prime minister and Pakistan Muslim League-Nawaz (PML-N) supreme leader Nawaz Sharif has denied all ‘rumours’ of a deal with powers that be and said it is a decisive moment for the country in which  there is a need to stand firm.

“Nawaz Sharif has denied all reports of striking a secret deal with the government and said Pakistan is facing the current crises due to the deals made in past 72 years,” Nawaz’s son-in-law Captain (retd) Safdar said on Thursday after meeting with him at Lahore’s Kot Lakhpat Jail.

The PML-N President Shehbaz Sharif, Nawaz’s mother, Safdar’s daughter and former premier’s personal physician, Dr Adnan Khan also met the PML-N top leader, who has been incarcerated since December 24, 2018 after his conviction in a corruption case.

“Mian Sahib (Nawaz Sharif) says this is the time to show resilience rather than striking a deal,” added Captain (Redt) Safdar, whose wife, Maryam Nawaz, is also under the National Accountability Bureau (NAB) custody in connection with the graft buster’s investigation into a sugar mills case.

In what appears to be a clear sign of a growing fissure within the former ruling party, Safdar reiterated that narrative of the PML-N comes only from Nawaz Sharif. A day earlier, after court appearance of Maryam, Safdar had made a similar statement.

“He (Nawaz) is the only person fighting for this country and fighting for this democratic system,” he said. Commenting on Nawaz’s health condition, Safdar said the PML-N leader was fine. However, Dr Adnan ducked the same question and said it was a confidential matter which could not be disclosed

He said throughout the history of the Pakistan, political opponents have been victimised in the guise of accountability. Has there ever been true accountability in the country? he asked.

When asked about living condition of Maryam, also one of the PML-N’s vice presidents, he said she is behind bars and the question about quality of her accommodations is inconsequential.