Understanding the importance of Kashmir 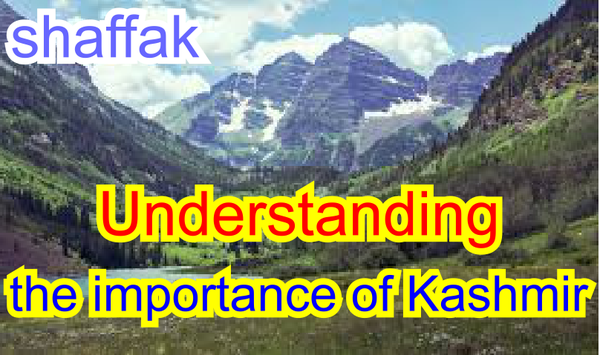 Retaining Kashnmir is central to foiling Pakistan's plan to fragment India through unconventional warfare. If India loses Kashmir, it will no longer have the mountain ranges along the loC as its first line of defence

One must understand at the outset that retaining Kashmir is vital to India’s security and integrity. A book, India: A Study in Profile, by lt-Col Javed Hassan of the Pakistani army, who retired as a lieutenant-General, makes it clear that the basic goal of Pakistan’s strategic doctrine is balkanising India. Representing a study conducted for the Pakistani Army’s Faculty of Research and Doctrinal Studies, Command and Staff College, Quetta, it was distributed by the Services Book Club, Rawalpindi. Neither of these could have happened without official sanction from the highest level, which, in turn indicated that it articulated — or was at least in synch with — official doctrine.

According to the book, “India was hostage to a centrifugal rather than a centripetal tradition.” Stating that this country “had a historical inability to exist as a unified state”, lt-Col Hassan identified Punjab, Jammu & Kashmir, Tamil Nadu and “six” north-eastern States (wonder why he left one of the seven sisters out) as being completely alienated from mainstream India. Husain Haqqani, who refers to the book in his well-known work Pakistan: Between Mosque and Military, writes that Hassan felt that with “some encouragement, the alienated parts of India could become centres of insurgencies that would, at best, dismember India, and, at [the] least weaken India’s ability to seek regional domination for years to come.”

lt-Col Hassan’s book was published in 1990. Pakistan’s assistance to separatist and secessionist elements in India began much earlier. As B Raman pointed out in his book Terrorist State as a Frontline Ally this was “was initially the outcome of an assessment made by the Pakistani intelligence community in the early 1950s that keeping India destabilised and its military preoccupied with internal security duties would be one way of neutralising, at little cost, the superiority of the Indian armed forces over their Pakistani counterpart.” Its “proxy war against India dates back to the 1950s and 1960s when it started training and arming the Naga and Mizo hostiles. It suspended it after the humiliating defeat of its Army in 1971 and started it again-this time in Punjab — after General Zia-ul-Haq seized power in 1977.”

The military dictatorships, some overtly so and some with civilian facades, that ruled Bangladesh after the assassination of Sheikh Mujibur Rahman in 1975, were anti-India and pro-Pakistan. They allowed rebels from north-east Indian States like Tripura, Nagaland, Manipur and Assam — particularly United liberation Front of Asom — to operate from Bangladesh, allowing them to establish camps and providing them with arms and training. There was no change during Begum Khaleda Zia’s first stint as prime minister from 1991 to 1996; things became worse during her second stint from 2001-2006 at the head of a coalition Government comprising the Bangladesh Nationalist Party, of which she was, and is, the leader and the Jamaat-e-Islami Bangladesh, which is pathologically anti-India and pro-Pakistan.

The first Awami league Government under Sheikh Hasina’s prime ministership made some efforts to act against North-East India’s rebels on Bangladesh soil but could not do much given her small majority and opposition from strong sections of the intelligence and security establishments. It has been a very different story during her second stint from 2009 when she has enjoyed a massive majority and secessionist and insurgent elements from north-eastern India are finding Bangladesh’s soil most inhospitable.

Pakistan, meanwhile, had shifted its attention to Punjab and J&K and began training, funding and equipping terrorists in both States. The United States’ decision to lend massive help to the jihad against Soviet occupation of Afghanistan and give Pakistan virtually a blank cheque to conduct it, was a godsend to Islamabad. In his book Bin laden: The Man Who Declared War on America, Youssef Bodansky, then director of the US Congressional Task Force on Terrorism and Unconventional Warfare, wrote, “The ISI capitalized on the rapidly expanding and lavishly financed training and support system for the Afghan Mujahideen as a cover for expanded sponsorship of and support for other insurgent groups dedicated to subversive activities in India.”

It used the opportunity to build up its own support base among the Mujahideen by giving most of the funds and weaponry received from the Americans to fundamentalist Islamist groups loyal to it and starving pro-American, moderate Muslim jihadis loyal to King Zahir Shah of Afghanistan. It denied the US any say and even access to the training camps for the Mujahideen. Saying all this, Bodansky added, “The main reason the ISI decided to keep the CIA out of the camps was the extent of the training and support non-Afghan ‘volunteers’ and others were getting in these camps. Most numerous were the thousands of Islamist trainees from Indian Kashmir and to a lesser extent the Sikhs from Punjab. In addition, thousands of Islamists from all over the Arab and Muslim world were routinely trained in these camps originally designed for the training of Afghan Mujahideen.”

It was in the 1980s that the strategy of balkanising India emerged with clarity. Haqqani has stated in his book that on several occasions, lt-Gen Hamid Gul, who was director-general of the ISI from 1987 to 1989, referred to an operational plan to encourage the centrifugal forces in India that existed when he was director-general of military intelligence from 1984 to 1987.

Now that the north-east Indian States are quiet but for a terrorist strike here and there by organisations like the National Democratic Front of Bodoland, and Pakistan is unable revive terrorism in Punjab despite its best efforts, Islamabad has per force to concentrate on annexing Kashmir by stoking turmoil there as the first step toward India’s fragmentation.

Its designs will be greatly facilitated if India loses Kashmir, the immediate consequences of which will be that this country would no longer have the mountain ranges along the line of Control as its first line of defence against Pakistan. It will be the plains of Jammu, Punjab and Himachal Pradesh where Pakistan will be able to mobilise the formidable military machine it has built up by spending over 80 per cent of the massive US aid it has received, to arm itself against India. It will find it much easier than now to to put pressure on Delhi. Even if a war does not occur, infiltration of terrorists to the rest of India to ignite Hindu-Muslim tensions and stoke regional ethnic or linguistic fires and/or commit acts of sabotage, would be very difficult to stop. Killers from organisations like lashkar-e-Tayyeba, Jaish-e-Mohammad and Hizb-ul Mujahideen would spread all over the country. India’s security will be severely compromised. Can this be allowed to happen